How to Remove Things From the Firefox Context (right-click) Menu.

If you have been using Firefox for a considerable amount of time, you’ve probably noticed there are a lot of different options on the context menu (right-click) menu that you never, ever use. What you may not know however, is that you can edit these entries, so follow along as we guide you through the process. 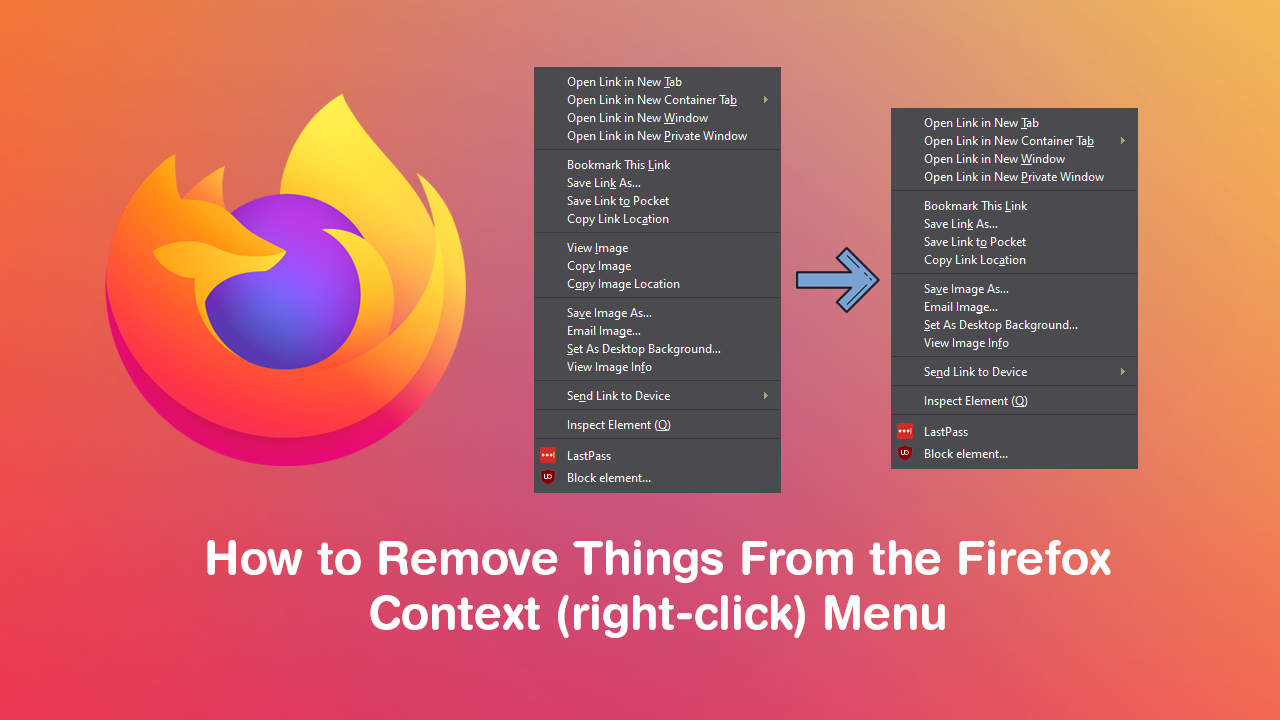 If you really get to know Mozilla Firefox, you’ll find that just about every aspect of it is customisable, including its functionality and appearance. From colours, to styling and even context menus, Firefox allows for the most customisation of any Internet browser and has done so for a very, very long time.

Although it isn’t widely known about, the Firefox right-click menu (context menu) can also be quickly and easily customised to only show stuff you actually use. Allowing you to easily add and remove options with a few changes to some core .css coding. Now this may seem and look a little complicated at first but it’s actually quite easy, so follow along as we guide you through the process.

Related: How to Fix Windows 10 Update Error '0x800f0831 There were problems installing some updates, but we’ll try again later’

How Do You Hide Default Context Menu (right-click menu) Items in Firefox 57 and later?

To begin, the removal of Firefox context menu items, you’ll need to head on over to GitHub and grab the Firefox Simple Menu Wizard tool. This zip file contains all the .css coding for Firefox’s context menus and allows you to simply pick and choose what to hide or show. Once you have the file extracted on your computer, open Firefox and type about:support into the address bar and press Enter. This will take you to a new page where you will need to click on Open Folder next to the Profile Folder heading. 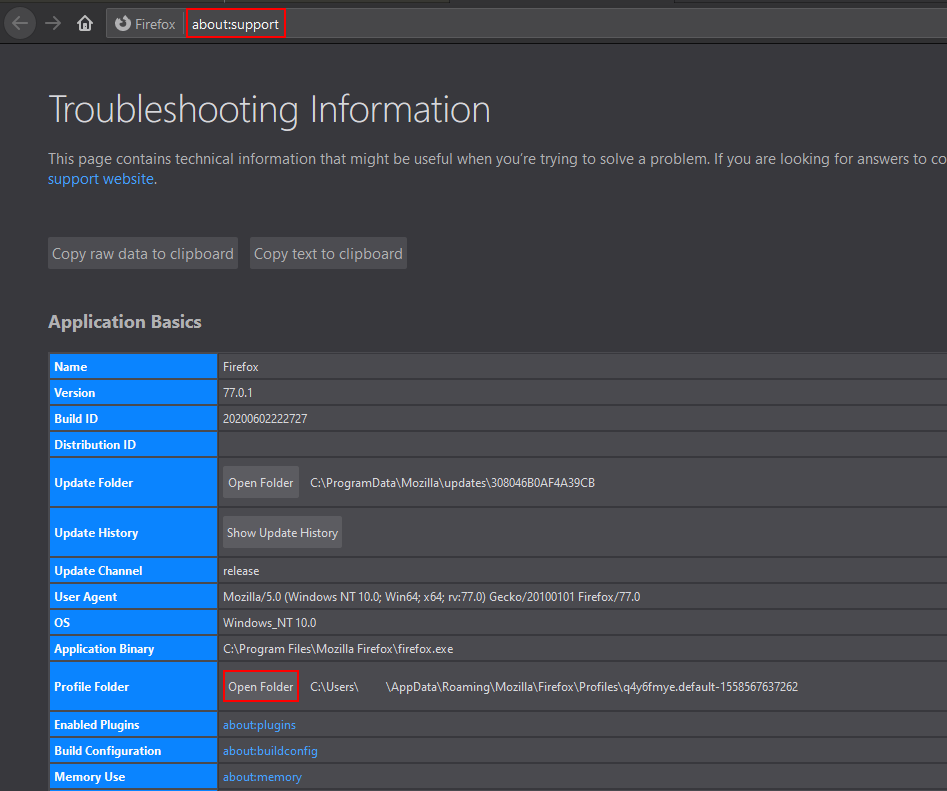 Now open the userChrome.css file using Notepad and add @import url("./simpleMenuWizard.css"); to the very top of the document. Once you have done this, go to File > Save to save the changes.

Now that everything is in place, you can start to remove items from Firefoxes context menus. To begin, open the simpleMenuWizard, then open the context menu type you’d like to edit. For this example, I wish to remove Send Image when right-clicking on Send Image so I would open the image-context.css with Notepad, find /* #context-sendimage, and remove the /* from the start of the text line, then save the notepad file. Repeat this process for all entries you want removed.

After you have made the changes you desire, open the address bar, type about:config then press Enter. Next, use the search box to search for

When you find it double click on it and make sure its Value is set to True. Now simply Restart Firefox and the changes will take effect. If you’d like to read through the official instructions you can do so here.