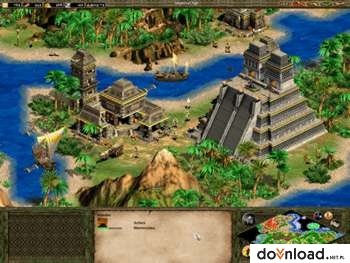 Certainly the most apparent new feature in Age of Conquerors is the addition of five new playable civilizations: the Aztecs, the Huns, the Koreans, the Mayans, and the Spanish. In particular, the Aztec and the Mayan civilizations feature an all-new Meso-American building set, which, together with their eagle-masked warriors and tribal monks, lend these two civilizations a distinct appearance. The Aztecs and the brute strength of their infantry and the Mayans and their hardy archers each play rather differently from the other 16 civilizations in The Conquerors, mainly because they have no cavalry and must instead rely on their powerful foot soldiers. But the other three new civilizations are also interesting.

The additional technologies in The Conquerors are a means of helping further balance the game and also accentuating each respective civilization's unique advantages. Some other universal balance changes affect some of the underused units in Age of Kings and make them more viable. Also, some of the Age of Kings civilizations have been tweaked to make them more balanced with the rest. Some of these changes are particularly noteworthy.

All in all, this expansion is a perfect choice for all the fans of strategy games. 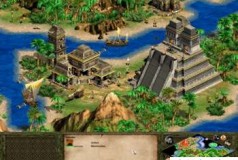