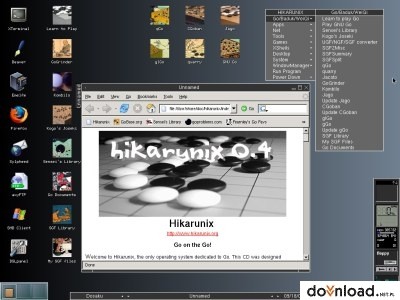 Hikarunix ["hee-kah-roo-nix"] is a Linux live CD based on Damn Small Linux and dedicated to Go - a popular Asian strategy game. It is known as Baduk in Korea and Wei Qi in China where the game started somewhere between 3,000 and 4,000 years ago. Today it is played in nearly every country in the world and has even been played in space. This CD was designed especially for Go players of all levels. Whether you've been playing for decades or have never heard of the game until now, this CD is for you. Any machine that can boot to CD can boot to Hikarunix instead of the computer's regular operating system. Since it boots entirely in RAM and only borrows the peripherals, Hikarunix doesn't touch the host machine at all. 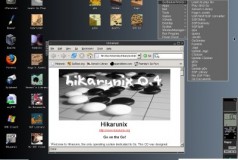