How to Get LEGO: The Hobbit, For Free on PC For a Limited Time.

With winter and Christmas just around the corner now’s the perfect time to chill indoors with a free game and some delicious snacks. So make sure you take advantage of the latest free game on offer, LEGO: The Hobbit, one of the best games in the LEGO series. 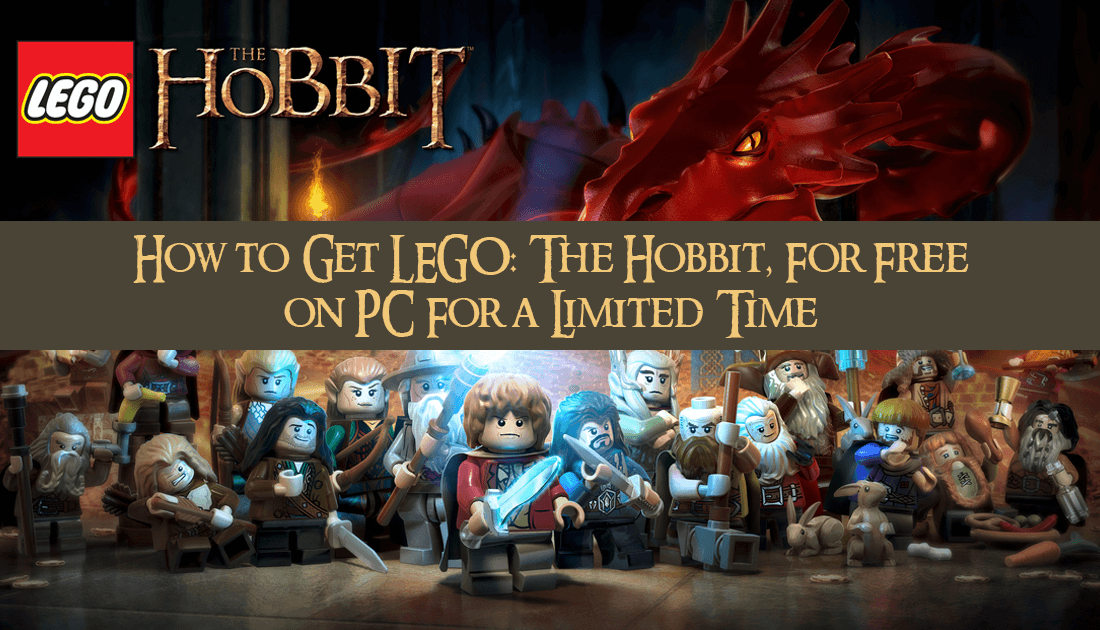 LEGO themed video games have been around for longer than you’d expect, with the first game “Lego Fun to Build” hitting Sega Pico back in 1995. Since then there have been more than 50 different LEGO games released, following lego builds such as Bionicles and Ninjago. As well as licenced games following feature film hits like Star Wars, Harry Potter, Batman, and of course The Lord of the Rings.

As a collective, the series has always had high user ratings and a humorous, fun approach to gameplay. Although the games are sometimes a little short, the replay value of side quests and objectives is still very entertaining. If you’ve played any of the games in the series, even as an adult, you’ll know exactly what we mean.

LEGO: The Hobbit has been created using the same entertaining format and follows the first two movies from the Hobbit trilogy as you lead Bilbo Baggins and company through Middle-Earth. From the safety of Bag End, to the dwarven home under the Lonely Mountain.

If you haven’t played a LEGO game before, now’s the perfect time to get on board, with one of the greats currently available for free on PC as a Steam Key. So follow along as we show you how to claim your free copy of LEGO: The Hobbit. 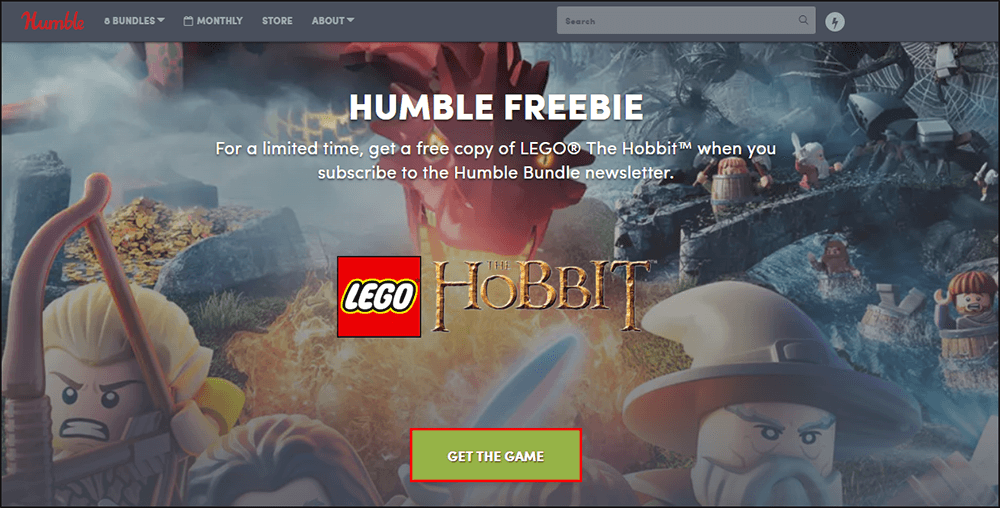 How Do You Get LEGO: The Hobbit For Free On PC? (Steam Key)

To get your free copy of Lego: The Hobbit all you’ll need to do is sign up for the Humble Bundle newsletter, once you’ve done so, you’ll be able to claim your free Steam Key for Lego: The Hobbit. If you haven’t heard of Humble Bundle before, they’re one of the best game stores online and constantly have offers for free games and game discounts. Of all the newsletters and websites you sign up to, this is by far the most useful and rewarding, as newsletters quite often have useful content and giveaways.

Get LEGO: The Hobbit For Free. 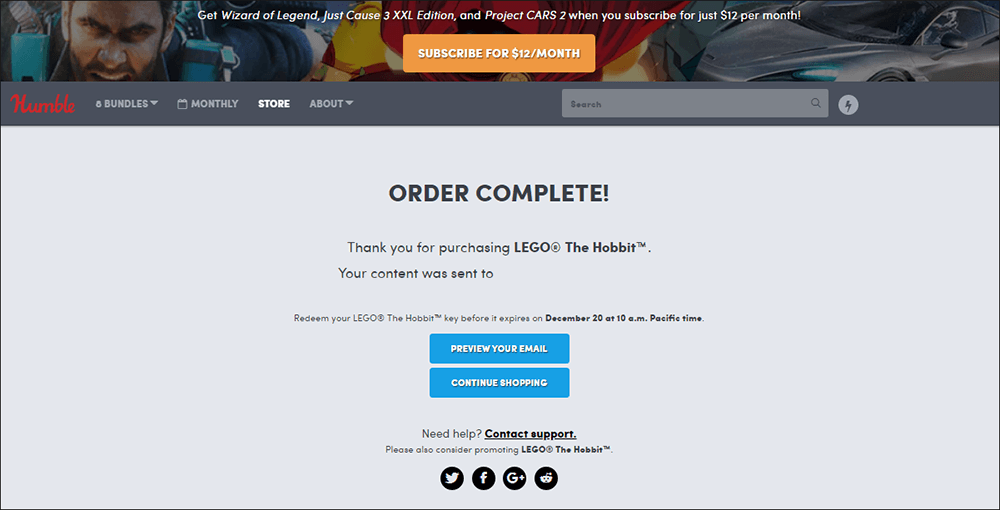 Just remember to claim and activate the Steam Key that is sent to you before the 20th of December 2018 or it will expire and you won’t be able to get the game. While you’re here, if you’re a Fortnite player, make sure you check out our guide on disabling automatic updates for Fortnite from the Epic Games Client.