Ubuntu is a Debian-based Linux distribution.

Ubuntu is a community developed operating system that is perfect for laptops, desktops and servers. Whether you use it at home, at school or at work Ubuntu contains all the applications you'll ever need, from word processing and email applications, to web server software and programming tools.

Ubuntu is and always will be free of charge. You do not pay any licensing fees. You can download, use and share Ubuntu with your friends, family, school or business for absolutely nothing.

We issue a new desktop and server release every six months. That means you'll always have the the latest and greatest applications that the open source world has to offer.

Ubuntu is designed with security in mind. You get free security updates for at least 18 months on the desktop and server.

Everything you need on one CD, which provides a complete working environment. Additional software is available online.

The graphical installer enables you to get up and running quickly and easily. A standard installation should take less than 25 minutes.

Once installed your system is immediately ready-to-use. On the desktop you have a full set of productivity, internet, drawing and graphics applications, and games.

On the server you get just what you need to get up and running and nothing you don't.

A few minutes ago, the Ubuntu development team unleashed the third and last Alpha release of the upcoming Ubuntu 10.10 (Maverick Meerkat) operating system, due for release in October 10th, 2010. As usual, we've downloaded a copy of it in order to keep you up-to-date with the latest changes in the Ubuntu 10.10 development.

What's new in Ubuntu 10.10 Alpha 3? Do you remember the OneConf software introduced by Softpedia a couple of months ago? Well, you should know that the first version has been released and it is available in the default software repositories. OneConf can be easily installed via the Synaptic Package Manager and it will allow users to synchronize the applications installed on all of their Ubuntu desktop or laptop/netbook machines, via the Ubuntu One service. After the installation, OneConf can be found in the File menu of the Ubuntu Software Center application and it is entitled "Inventory on Ubuntu One."

GNOME 2.31.6 is now the default desktop environment, and most of its components were updated to the latest development version. Mozilla Firefox was updated to version 3.6.8 and the Transmission BitTorrent client to version 2.03.

Last but not least, the highly anticipated Btrfs filesystem can now be safely used on new installations, via manual partitioning. Remember that you MUST create an EXT3 or EXT4 /boot partition first.

What's new in Kubuntu 10.10 Alpha 3? Well, this third Alpha version of Kubuntu 10.10 is built on top of the newly released KDE Software Compilation 4.5 RC3, which brings many attractive features. 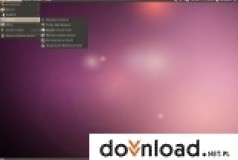 How to convert anime images into sketch art.

How to add a triangulation effect to photos and images.