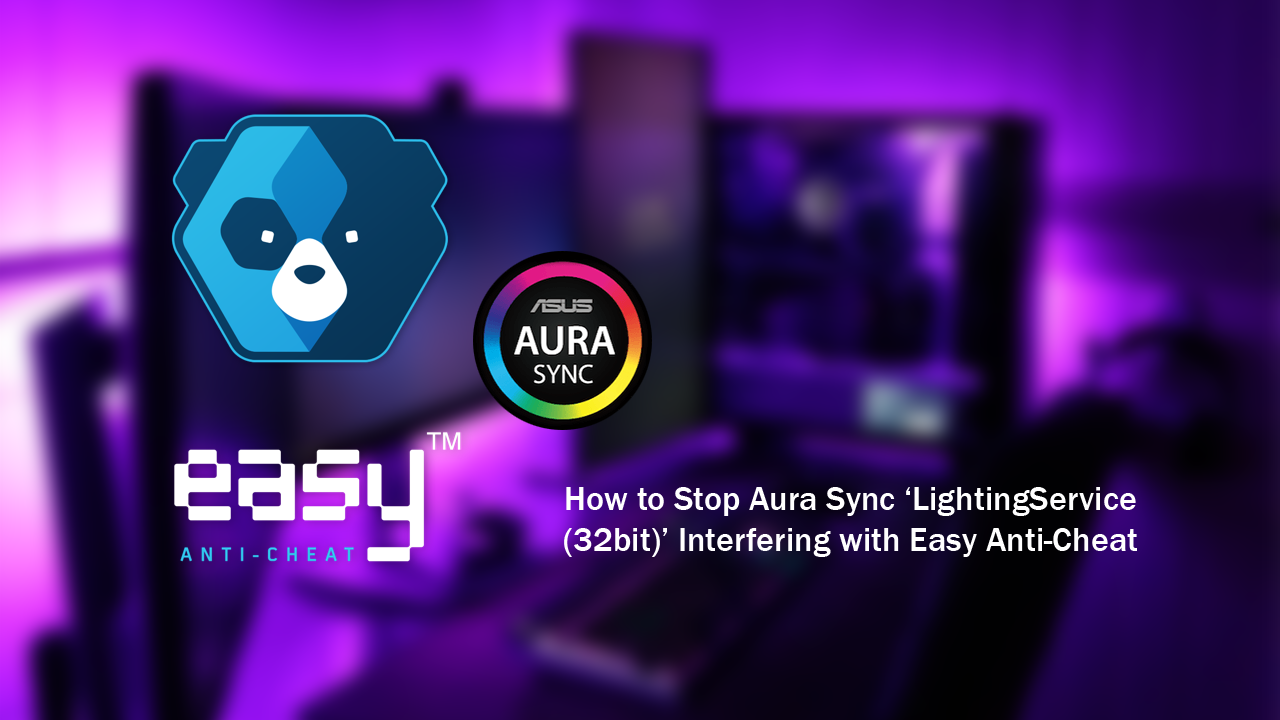 Asus ROG gaming products are some of the best and most sort after on the market, providing unmatched performance coupled with very pleasing aesthetics. Sadly, as great as Asus’s ROG range is the software that supports the hardware is total garbage and something the company has struggled with since the very beginning.

As well as failing to display the correct RGB colour settings consistently, Aura syncs LightingService has also started bumping heads with Easy Anti-Cheat. Causing any EAC protected games to crash as soon as they are launched. Thankfully there are a few different things you can try to stop Aura and EAC crashing games on your PC. Sadly not all of these solutions will work for everyone, so please take these suggestions with a grain of salt.

Related: How to Fix Google Chrome and/or Microsoft Edge Chromium 'Aw, Snap! Something went wrong while displaying this webpage' When Endpoint Protection is Enabled.

How Do You Stop ‘LightingService (32-bit)’ From Crashing Games That Use Easy Anti-Cheat?

Officially EAC is blaming Asus Aura Sync for this issue stating that Aura Sync makes various hooks to "some DLLs" (we assume those could be DirectX dlls) More than likely this is a false positive, however, Asus isn’t the most reliable company when it comes to tech support so will more than likely never find out the actual cause.

To quickly and easily bypass the issue, the fastest way is to simply press Ctrl+Alt+Delete and end the LightingService (32bit) using the Task Manager. Once the LightingService is no longer running any games with EAC will run normally. Unfortunately, you’ll have to do this each and every time you boot or restart your computer. 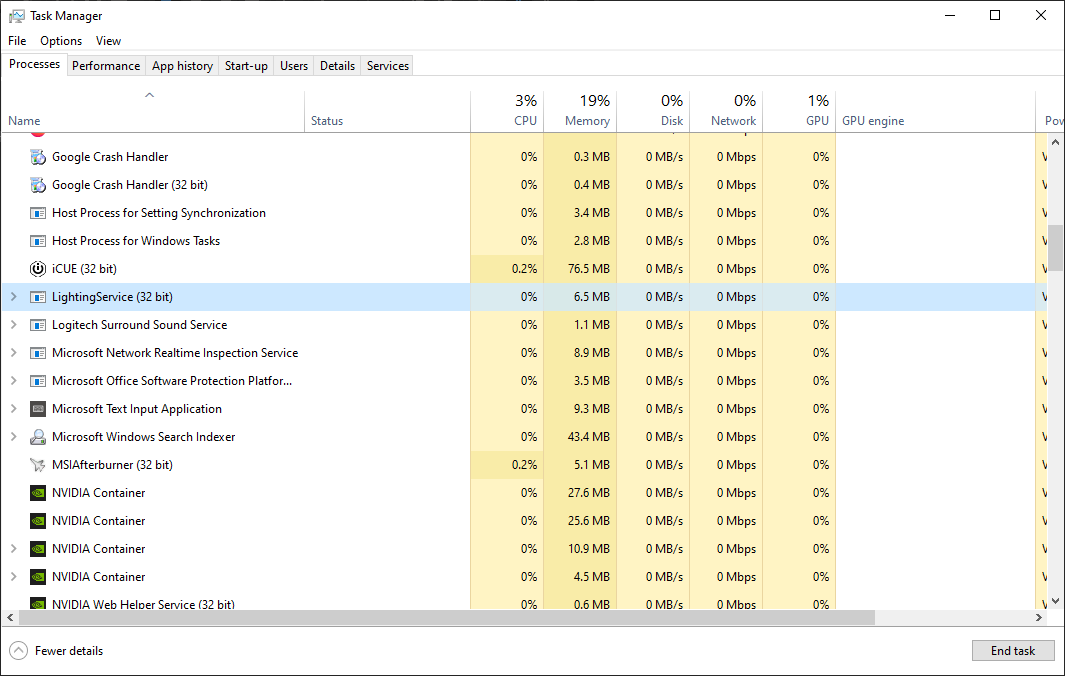 Alternatively, you can try a different version of Aura Sync which also has a decent chance to prevent the problem properly. At this stage, there are three versions of Aura Sync available for download: 1.07.79, 1.07.71, 1.07.66.

The version you are currently using will determine whether you are updating or rolling back a version or two. Generally speaking version 1.07.79 (at the time of writing) should fix the issue between Aura Sync and EAC. If it doesn’t try rolling back to an older version.

If you have recently had your Windows 10 PC update to the latest version (1909) and now can’t use Aura Sync because it keeps going Not Responding (crashing). Follow along as this article explores the only known fixes for the issue causing Aura Sync to crash after updating Windows 10.